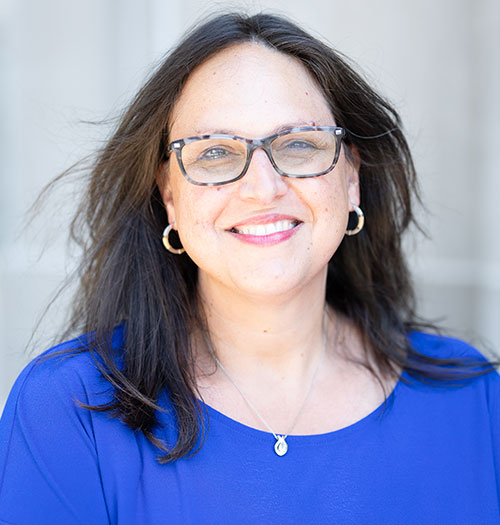 Shari has worked at Ohabei Shalom for more than seventeen years in many different educational positions including Education Administrator, Youth Educator, and Family Educator. She now serves as our Education Director helping to direct our vision of Jewish Education as we enter the 21st century.

Shari is a graduate of Indiana University with a Bachelors Degree in Jewish Studies and Sociology. In 1994 she studied at the Hebrew University in Jerusalem, taking courses in Jewish Education, modern Jewish culture and Jewish history. While in Israel Shari was a Lainer intern (sponsored by the Jewish Education Service of North America – JESNA) at the National Federation of Temple Youth (NFTY) office in Jerusalem and led a six week tour of Israel for 40 Midwestern High School Students. Shari has worked at various synagogues in the Boston area as a formal and informal educator for both school-aged children and adults. She has worked in a variety of camp settings and has served as a part of the administration of several camps including Camp Breakaway, a camp for underprivileged Jewish children and Camp Micah.

Shari and her husband, Mike, have three beautiful daughters, Hannah, Ashley and Julia, and a lovable dog named Moxie.

Shari can be reached at schurwin@ohabei.org. 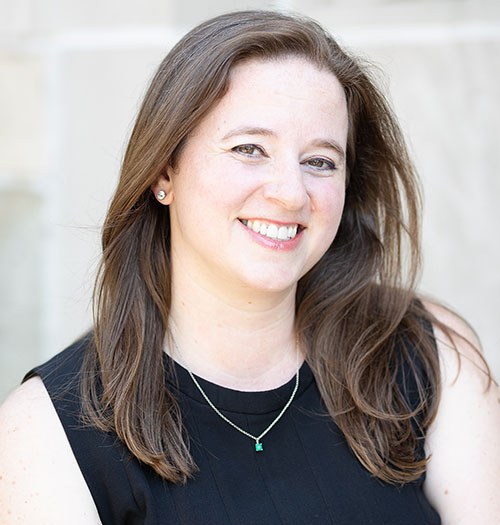 Amy Deutsch has over twenty years of experience in Jewish education. Her passion is helping learners of all ages find their own path to Jewish life. Highlights of her career include working with college students at Tufts University Hillel, engaging teenagers across the country at the Union for Reform Judaism, teaching religious school students and creating family education programs at Central Synagogue in Manhattan, writing and editing for the Jewish parenting website Kveller.com, and consulting on various projects for The Covenant Foundation, Areyvut, and Park Slope Jewish Center. Amy’s undergraduate degree is from Brandeis University and she completed a master’s degree in Jewish education at the Davidson School of the Jewish Theological Seminary for which she received the prestigious Wexner Fellowship. She lives with her husband and two children in Brookline.

Amy can be reached at adeutsch@ohabei.org. 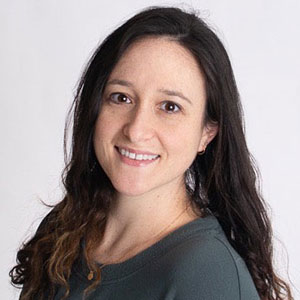 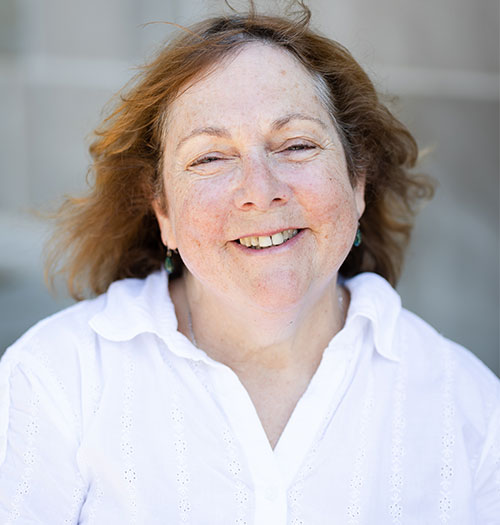 Rochelle Acker is happy and excited to begin the 2021-22 school year at Temple Ohabei Shalom. She has over 35 years of experience working in school-aged childcare, 25+ years as the director of Runkle School Extended Day Program in Brookline and more recently, teaching and directing the Highlands After-School Program in Newton. Rochelle studied art, art education, early childhood education and special education, and has a BFA from Rhode Island School of Design and a MSAE from Mass. College of Art. She has two young adult children and lives with her husband and doodle dog in Newton. Rochelle is an active artist, enjoys knitting, gardening, cooking, and walking. She looks forward to a wonderful year at HomeBASE!

Rochelle can be reached at racker@ohabei.org. 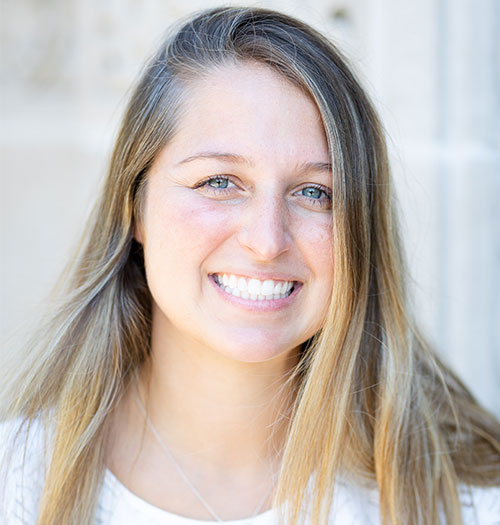 Santina is originally from Closter, New Jersey. She studied Applied Mathematics at Lasell University and then went on to receive her Masters in Administration of Higher Education from Suffolk University. She has previously worked at her alma mater, Lasell University, in the Office of Student Activities and Orientation advising the student leaders on campus. In Santina’s free time she enjoys yoga, traveling, and time with friends and family. She is so excited for this new opportunity and to be a part of the TCEE community!

Santina can be reached at educationoffice@ohabei.org. 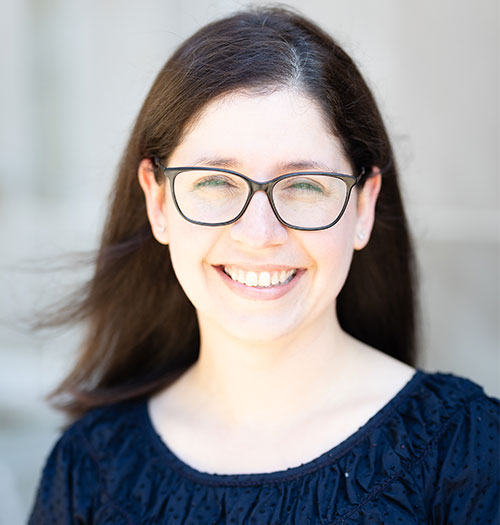 Stacey took on the role of Event Coordinator here at TOS in 2019 after spending her first year working at HomeBASE, our afterschool program.

Stacey completed her undergraduate degree at Suffolk University in Boston where she studied English and minored in the Foundations of Education. She then went on to earn her Masters in the Art of Teaching from Rhode Island College. Soon after, she spent several years working for various school districts throughout Massachusetts.

Stacey’s love of event planning started at an early age, but came to fruition when she worked for Partners HealthCare (Now Mass General Brigham) in their Employee Programs Department while attending college. During her time at Partners, Stacey was able to learn all aspects of events from data entry and marketing, managing volunteers, to the actual production of the event. She hopes to take all skills learned and apply them here at Ohabei Shalom to make all events exciting and run seamlessly.

Stacey lives in Framingham with her husband, Brett, and their toddler, Nathan.

Stacey can be reached at sboisvert@ohabei.org. 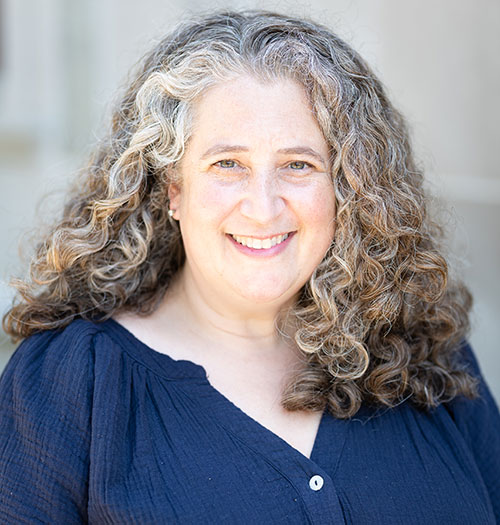 Daria is originally from Ohio and then spent some time in the Washington DC area before moving to Brookline more than 15 years ago. Daria has two teenage daughters in the Brookline schools (Pierce and BHS). She previously worked at the JCC Greater Boston for Camp Kingswood as the camp registrar. Daria writes, “I am grateful for the opportunity to be working at Temple Ohabei Shalom. Everyone I’ve met has already been so welcoming, and I look forward to getting to know and work with the entire Temple Ohabei Shalom community.”

Daria can be reached at dcohen@ohabei.org. 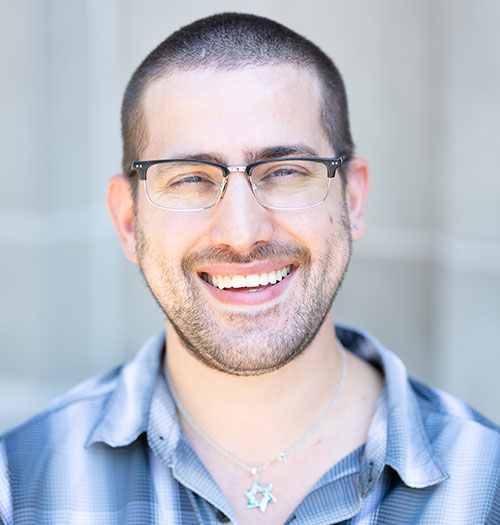 Joshua Cohen brings his natural enthusiasm and creativity to Temple Ohabei Shalom as the Music Educator! Josh grew up in Northern California going to Jewish camps and participating in youth group activities. Before he knew it he had fallen in love with Jewish music, playing guitar, and singing. More than a decade later, he is excited to bring his love of spiritual music to TOS. Josh has been fortunate enough to be a Songleader for BBYO, which has allowed him to travel the country spreading ruach to Jewish young adults. Since Josh moved to Boston he has been involved with a variety of Temples in the area, but now is very happy to finally find a home at TOS.

Josh can be reached at jcohen@ohabei.org. 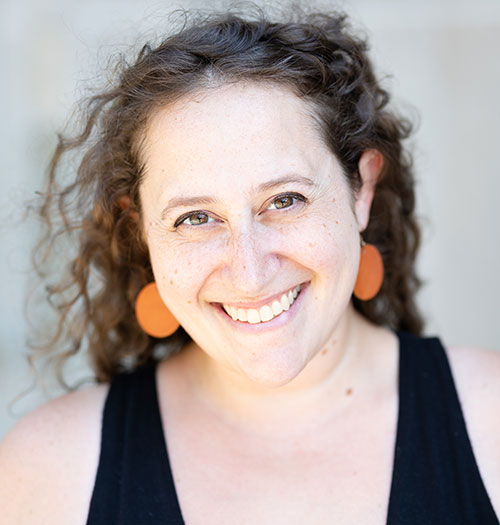 As the Membership and Engagement Coordinator, Cassie is focused on programming and engagement for all aspects of our TOS community. This is her third year at TOS and she is so excited to continue her work here! As an educator, she believes that understanding our own Jewish identities, how we fit and can make a difference within our community is an integral part of our Jewish lives. Outside of TOS, Cassie is an avid baker, biker and loves doing 1000+ piece puzzles.

Cassie can be reached at cdezii@ohabei.org. 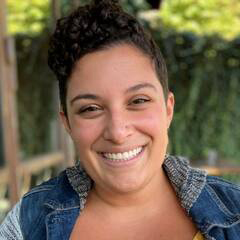 Emma stepped into the role of TCEE Assistant Director in 2022 after a year as TCEE Toddler Coordinator. Before coming to TOS, she spent 7 years as a toddler teacher at the Brookline-Brighton JCC ELC. She graduated from Brandeis University in 2013 with a degree in Sociology and has been working in early education classrooms ever since. Her favorite activities in the classroom are the ones that get the children involved in nature: gardening, exploring bugs and animals, and incorporating natural materials into play. Watching kids grow and learn to be independent, confident people gives her endless joy. In her free time, Emma enjoys trying out new recipes, running, and learning new art skills. She lives in Brighton with her wife and their two cats.

Emma can be reached at ehahn@ohabei.org. 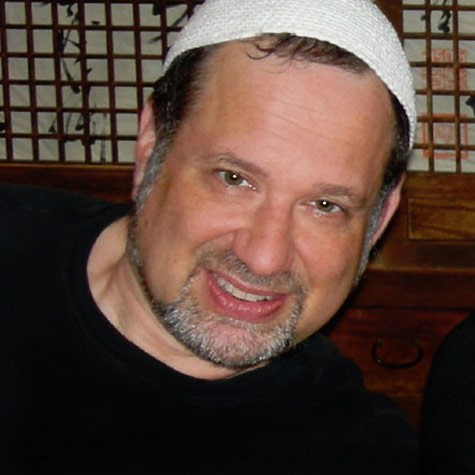 While David Sparr grew up mostly in New Jersey (Summit and Princeton – where he learned to play piano starting at age six), he was born in Brookline, Massachusetts, and his maternal grandparents, Hy and Cele Orenberg, were lifelong members at Temple Ohabei Shalom.

Having worked as a full time professional musician since graduating from the University of Michigan in the 1970’s, David has had the privilege of working with a variety of musical celebrities, including Sarah Caldwell, Linda Hopkins and Joel Grey. David loves that he has been able to learn and perform a wide range of music (jazz, reggae, salsa, klezmer, opera, blues, tango, R&B, etc.) and part of his philosophy as Music Director at Temple Ohabei Shalom is to incorporate many of those influences into our liturgy to keep our music fresh, exciting, and inspirational. David says that he likes to think of making the service “dance.”

David has been the Musical Director at Temple Ohabei Shalom since 2000. When he is not playing, his recording studio, Little Dog Studios, takes up much of his time. Through his position at Ohabei Shalom he have gotten to know Cantors from all over New England, resulting in studio recording and live performing collaborations with many of them. David also devotes much of his time to arranging and composition — if you come to services on the High Holy Days you will hear many of his choral arrangements.

David can be reached at dsparr@ohabei.org. 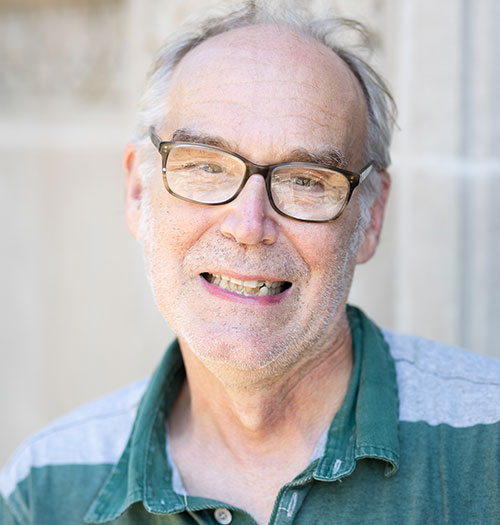 David has worked at Temple Ohabei Shalom since August of 2014. 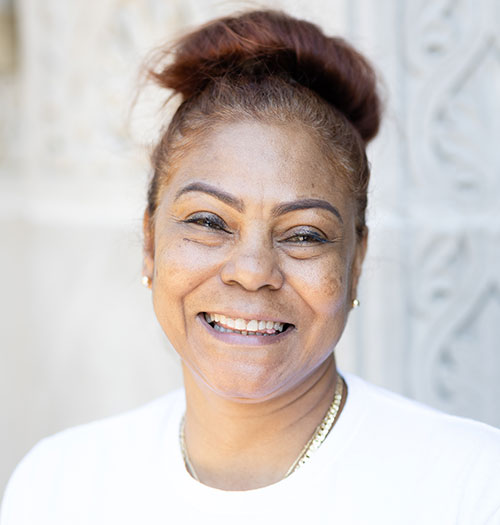